So You Want Your Kid to Play Pro Hockey?


I wanted to see how crazy the costs have actually gotten. I asked them:. It was really interesting to read all of the emails as the responses came back with so many different tones.

I would say that a majority of families fall within this range. But still…ten to twenty grand per-player, per-year. For kids to play a youth sport. I knew that families spent a lot of money on travel for AAA hockey. For most families, travel was their biggest expense. With two plane tickets, nights of hotels, food, and rental car at minimum…yikes.

At the midget level, yes, colleges and junior teams are coming to watch. But you can be smart about where and when you are traveling.


Not so much. I get it. The recruiting is getting younger and younger every year. But the average age of a college commit is still 18 years old. Put the focus and your hard-earned dollars towards their development. The exposure will come in time. Trust me, the better your kid gets at hockey, the more exposure they are going to get.

I often ask the coaches and hockey directors of youth teams about the amount of games they play and why they go to so many tournaments during the year.

And the answer is typically the same:. Everyone else is going to be there so we need to be there too. Pick three of them and go to those. The biggest piece, however, to this Adult-Ego puzzle, is the widespread emphasis on recruiting super teams rather than the emphasis being put on development. There are coaches out there that put more emphasis on recruiting than they do on coaching, no doubt. But there are also parents that strong-arm coaches into doing things a certain way to make sure their kid is a part of the best team.

The by-product of these super-teams is the belief that nobody in the area is good enough to play against…so you have to travel out of town to get any good competition. This leads to multiple trips that are unnecessary and a whole lot of craziness at this time of year as people try to figure out where to play. Stop playing so many games…and be smart about the games and tournaments where you do travel. Not recruiting. We are seeing more and more individuals and privately owned companies buying community rinks with goals of turning a profit.

Where rinks used to be more community based and partly funded by tax payer dollars as a building for community activity…they are increasingly now being turned into revenue generating facilities whose purpose is to bring in money. This has caused the ice costs to increase to levels that are becoming unsustainable.

If you are at that low end, you are extremely lucky. 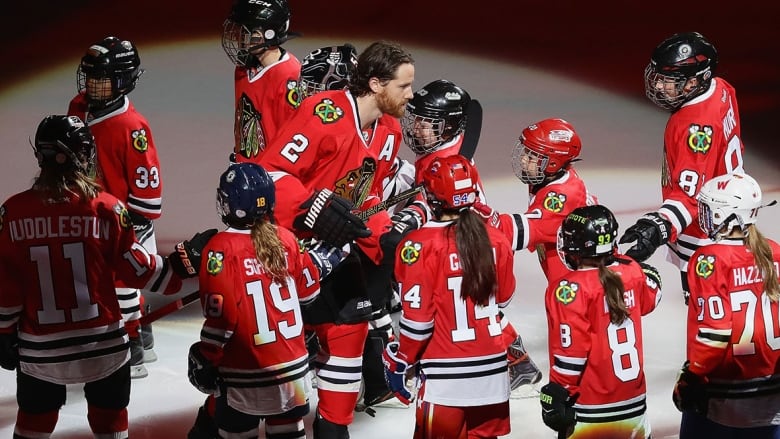 To counter the higher ice costs, I think USA Hockey has done a nice job promoting and teaching coaches how to get more kids on the ice at a time during shared team practices. By doing station based practices and utilizing half a sheet, now the ice costs are being split by more people.

Want Your Kid to Play Pro Soccer? Sign Her Up for Basketball

Where community based rinks used to take their ice out during portions of the summer, these new facilities are now looking to fill as much ice as they can to turn a profit. And AAA parents are feeling a bit of pressure to attend these camps ran by their organization for fear of being cast as not being as committed as other kids and families. A very real thing. Rink investors like money. The more kids they get into the programming, the more money they get in their pockets.


So important. Coaching AAA is moving away from volunteerism and it seems like more and more youth coaches are being paid every year. That is certainly upping the costs for families who choose to put their sons or daughters into AAA. A lot of people like to bash on organizations for this. And I am certainly one of them. The biggest complaint that I get about AAA hockey is the cost. But the second biggest complaint that I get about AAA hockey is parent coaches. Two or three nights of practice per week, plus the travel. Helping kids move on to the next level if you are coaching midget hockey.

What does that mean?

I err towards coaches being paid less and I see coaching more as giving back than anything. Aside from coaches, I also went deeper into more organizational costs because I know there are hockey directors out there that are making six figures. And to me, that is absolutely nuts. Is that totally unreasonable? Maybe, maybe not. Like I said earlier, I think someone getting paid six figures for youth hockey is absolutely nuts…but when it gets broken down like that and knowing what the job entails, it at least makes me think.

The problem that I see though is that a lot of these organizations have multiple people making really good money. There are presidents, hockey directors at each level, skills directors, and more titles that squeeze even more money out of the families than necessary.

Conroy Hockey » 7 ways to make you kid a better player

If parents are upset with the costs…ask to know where the costs are going. There are only so many places that your money can go. And ice, equipment, tournament, and league fees only cost so much.